The very first device, which used the principle of self-rotation, invented the Spanish aircraft engineer Dr. Juan de La Cierva about 70 years ago. He was pretty upset when due to the loss of speed crashed a three-engine plane, designed and built by him, and decided to create an aircraft capable in the situation of engine failure to land safely and not to enter the spin.

The first successful machines were built by Cierva in England, shortly after this, their production was organized in the United States. In the 30s, more than 200 gyroplanes were produced and sold. At the dawn of its history, these devices were used in agriculture, for the delivery of mail, in the armies of several States.

After the Second world war, interest in gyroplanes began to fall, because their place was taken by helicopters, whose development was actively financed by the military. Only in the 50s, when Igor Bensen invented, built and began to actively promote his "gyrocopter", interest in gyroplanes began to grow again - now mainly among Amateur pilots. Bensen's gyroplane cost several times cheaper than a light helicopter, was easier and safer to fly, and therefore immediately became loveb by those who wanted to fly just for their own pleasure. The designer proved the practical reliability of the gyroplane with a pushing screw. Such cars attracted fans because of their small size, because they did not require a lot of space for Parking and storage, as well as easily transported on a passenger trailer. The first gyroplanes had aircraft control, but later these functions were transferred to the rotor.

The gyroplane rotor is not connected to the engine during the flight. The air flow passes through the rotor blades from the bottom up. This principle is quite the opposite of what is used in a helicopter, where the air flow passes from top to bottom of the rotor. Since no power is applied to the rotor, there is no torque relative to the air mass and no tail rotor is needed to compensate for this moment.

The helicopter appeared much earlier than the gyroplane. The first successful model was tested in 1907. But the real success came to helicopters after the designers used them invented by Sierva for gyroplanes (gyroplanes) horizontal and vertical hinges. The main advantage of the helicopter is its ability to take off and land vertically, hovering and moving to the sides and back. During horizontal flight, the nose of the helicopter tilt down, and the axis of rotation of the rotor–forward for the message of forward movement. The produced gyro has the opposite structure. Its rotor is tilted back almost at the same angle as that of the helicopter when moving forward, and the thrust is created by pushing the screw (on the first apparatus – by pulling). 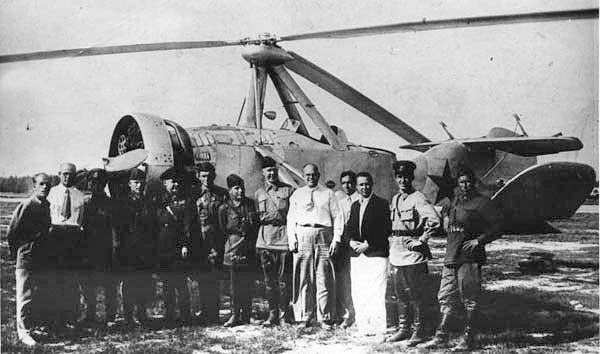 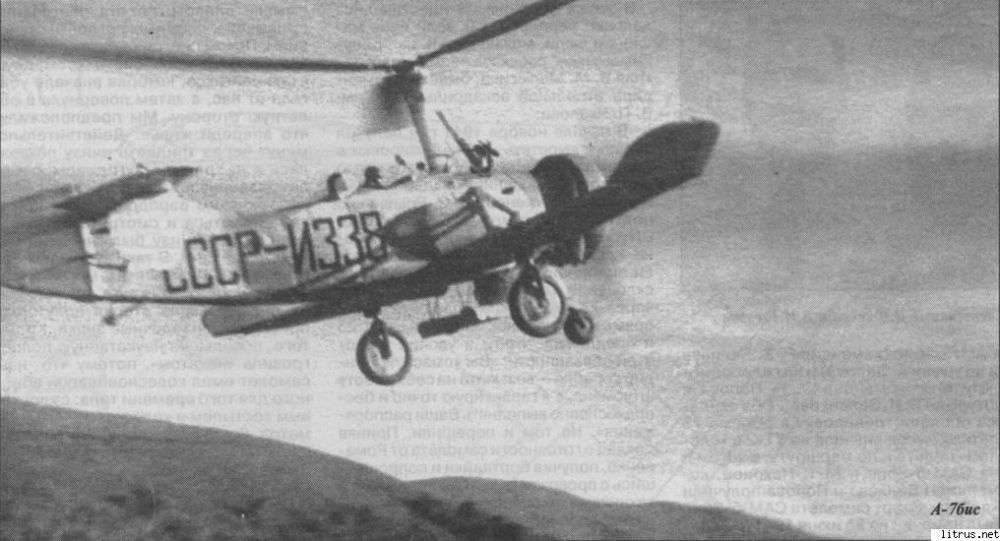 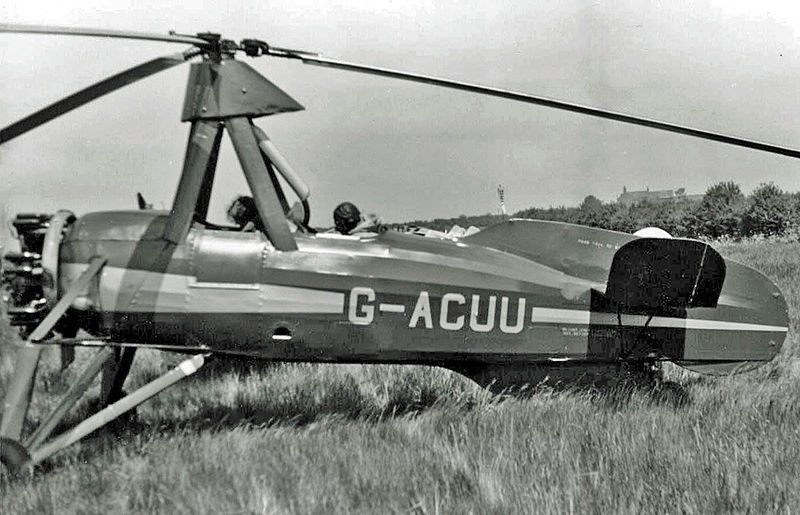 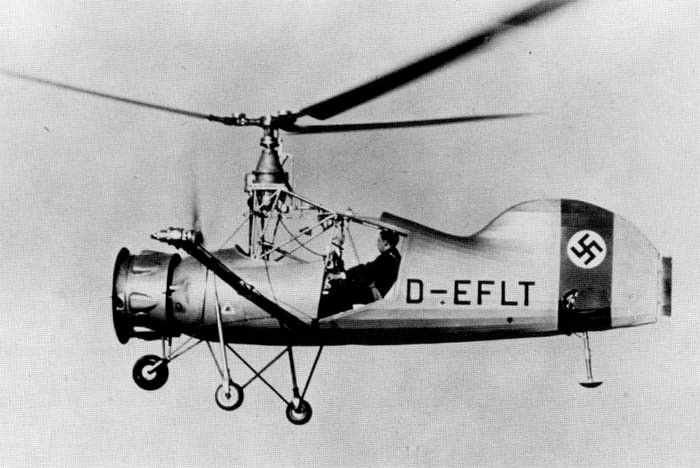 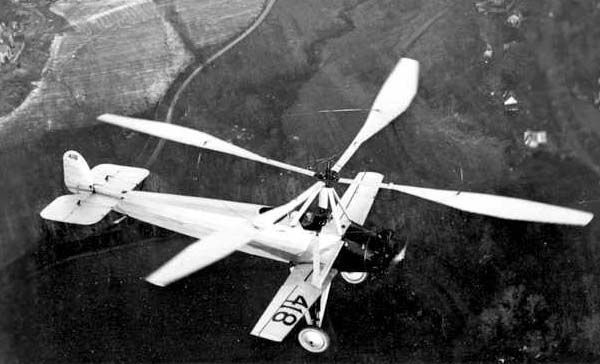 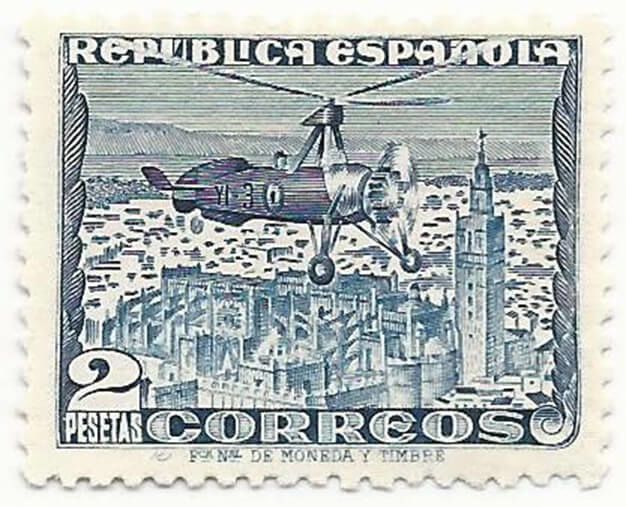 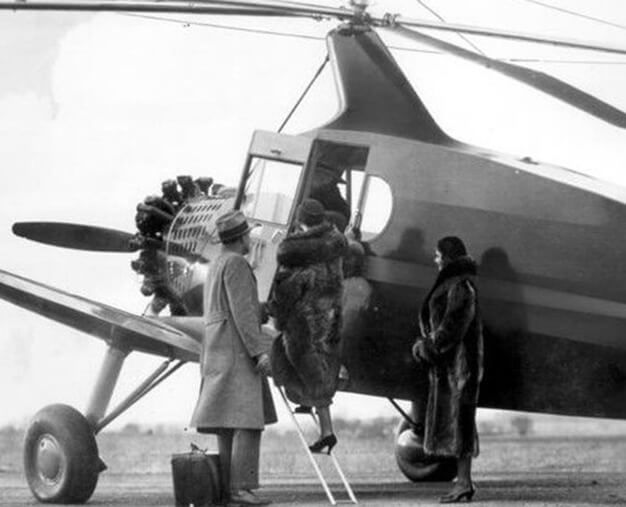 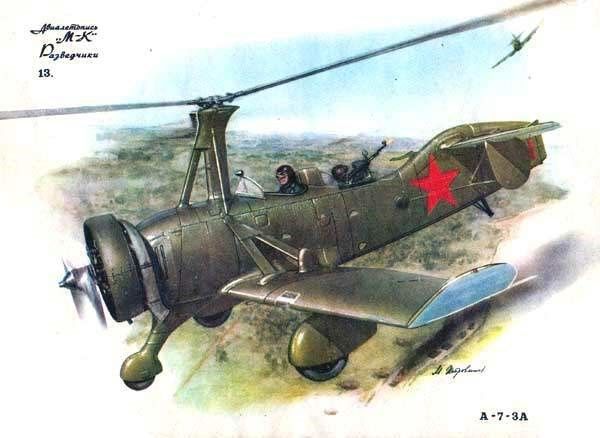